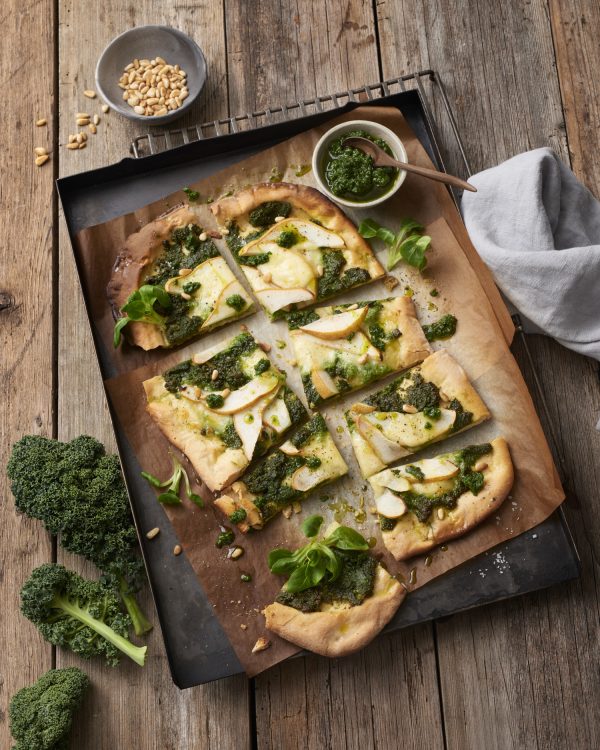 Pizza or focaccia? To be honest, I don’t really know what to call this delicious flat bread with kale pesto. Well, the focaccia is a flat bread made of yeast dough, it was originally part of the breakfast in its home country Italy. But today people also like to eat it as a snack or in the evening with an aperitif. Focaccia is regarded by many as the precursor of pizza. The yeast dough is also very similar, but in contrast to pizza, focaccia is much less abundantly topped and is often baked before topping. This is exactly the same with my recipe here: the dough is the same as for my Artichoke Pizza, but here it is pre-baked, then topped and baked a little longer. Anyway, now I just call the whole thing Pizza Focaccia.

The topping of spicy kale pesto and sweet pears is a rather refined combination, I think. Speaking of kale pesto: I wasn’t sure if it would be too bitter at first, but it’s not. Just make sure that you only use the soft parts of the kale. Since I mainly present vegan recipes on my blog, of course my kale pesto is vegan too. But you could also add about 40 g of grated parmesan cheese if it doesn’t have to be vegan. Of course you can also use the kale pesto for other recipes, for example simply mix it with pasta.

The Pizza Focaccia tastes best in company and directly from the tray, when it is still hot…

Knead the ingredients for the dough with approx. 150 ml lukewarm water until the dough no longer sticks. Shape the dough into a smooth ball, cover it (in a bowl with a plate) and let it rise in a warm place for 1-2 hours.

Preheat the oven with the baking tray to 275 degrees convection. Clean, wash and cut the kale into small pieces. Peel garlic. Puree both with oil and sea salt, when everything is mixed well add the pine nuts and puree everything again. Season to taste and set aside.

Pull the dough out on a floured work surface to form a rectangular flat cake, let it rise for another 15 minutes on a baking tray lined with baking paper and then bake for about 12 minutes on the middle shelf until golden brown.

Meanwhile, wash the pears, quarter them, remove the seeds and cut the fruit into fine slices. Cut mozzarella into slices as well. Clean, wash and dry the lamb’s lettuce.

Take the half-baked pizza focaccia out of the oven, spread with 2 tablespoons of kale pesto and cover with slices of pears and mozzarella. Bake for another 10 minutes.

Before serving spread about 1 tbsp. fresh kale pesto, the remaining pine nuts and the lamb’s lettuce on the focaccia pizza. If necessary season with salt and pepper. 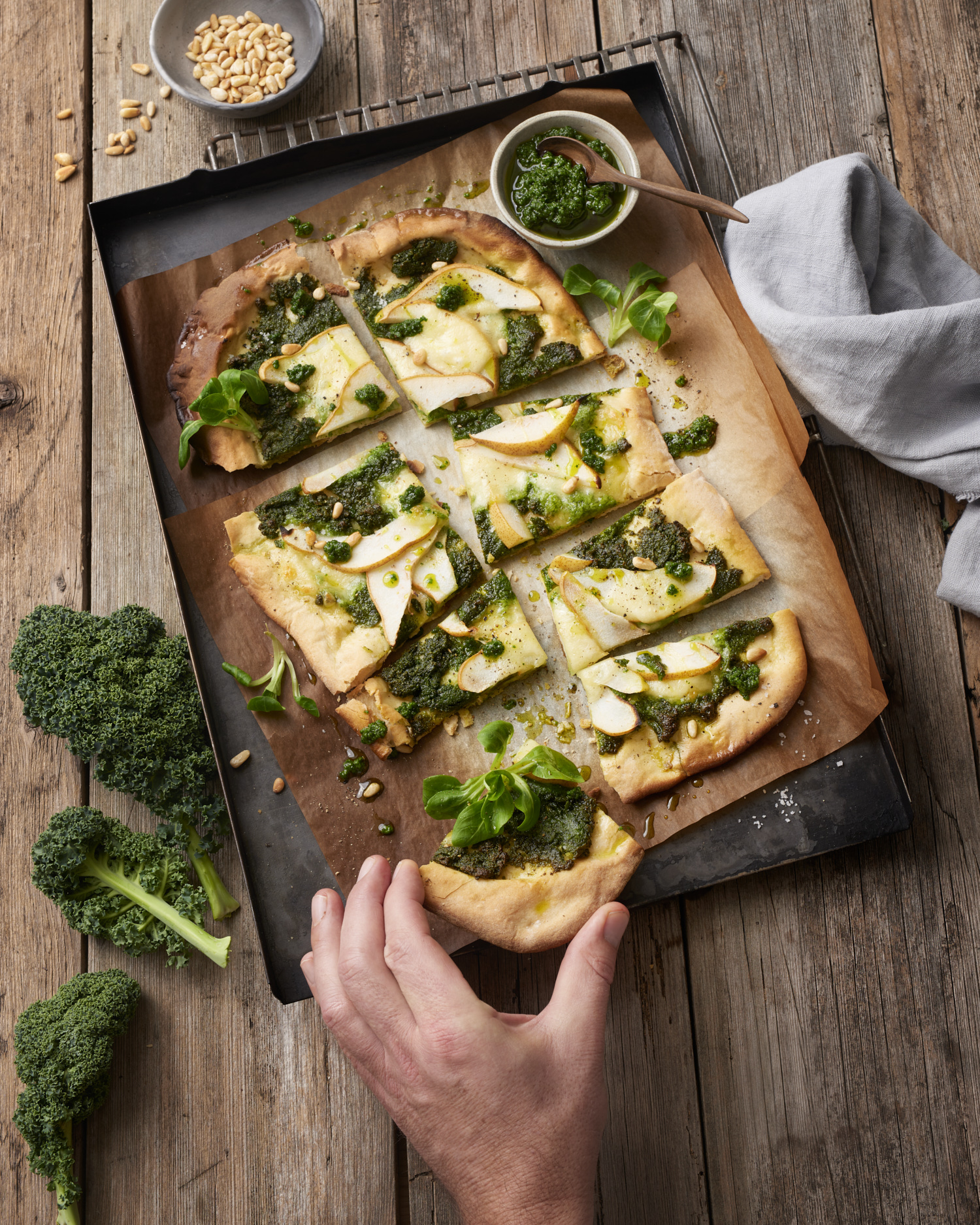 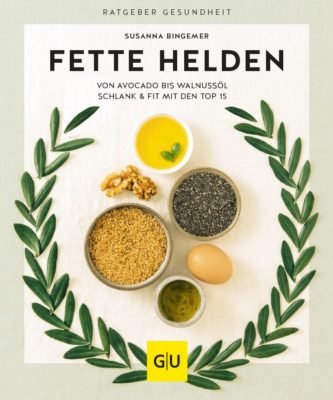 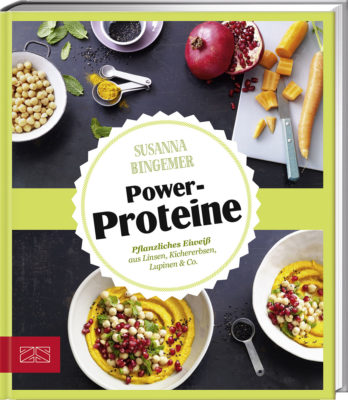 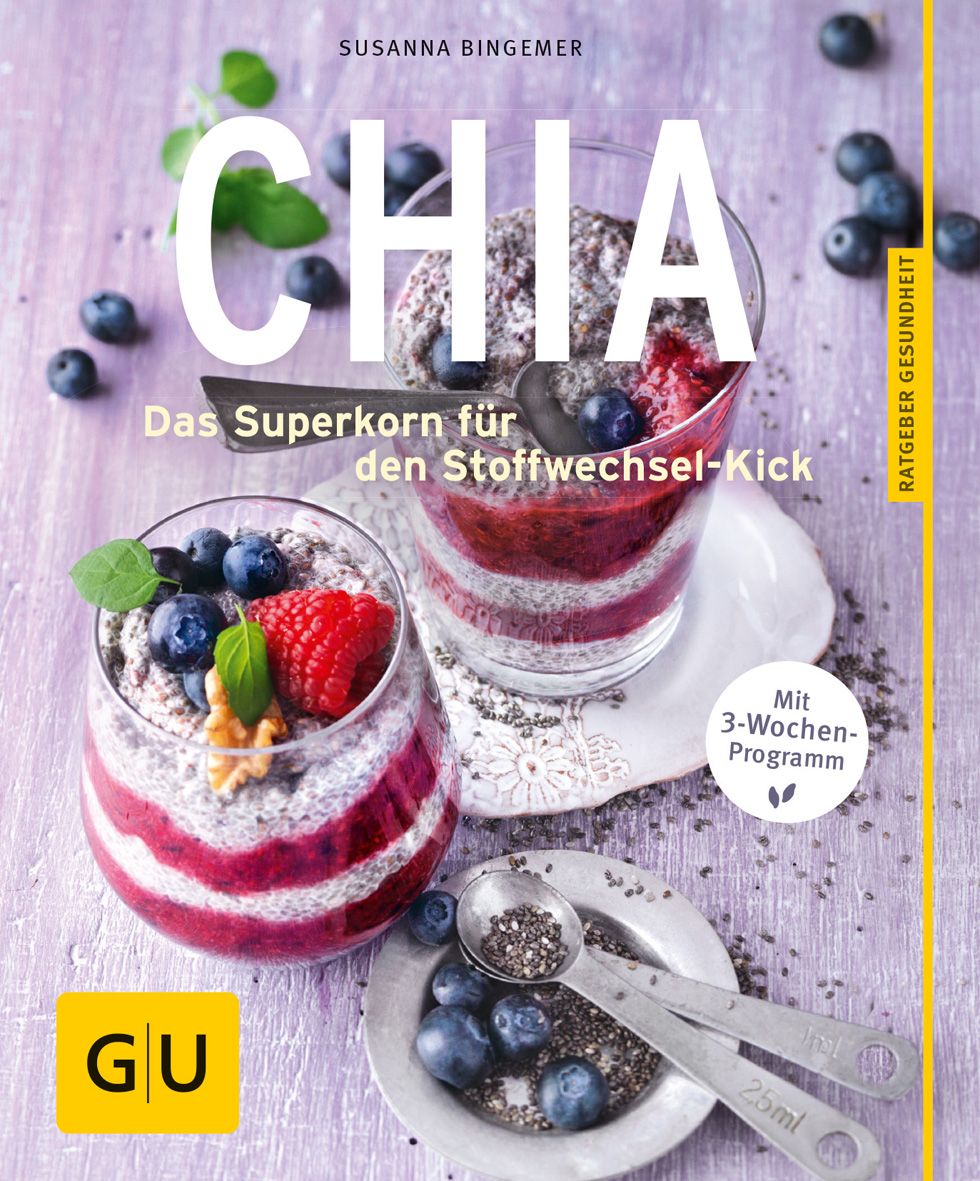 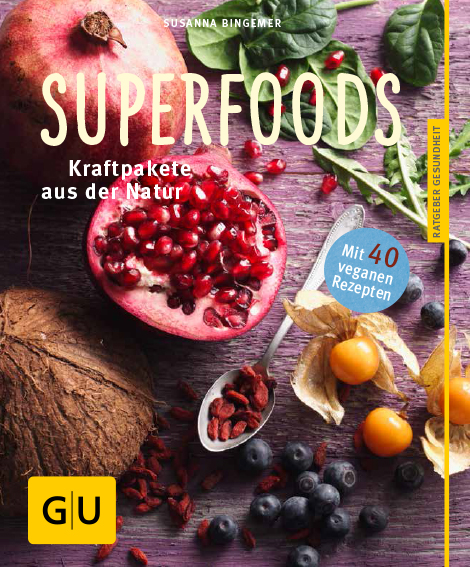 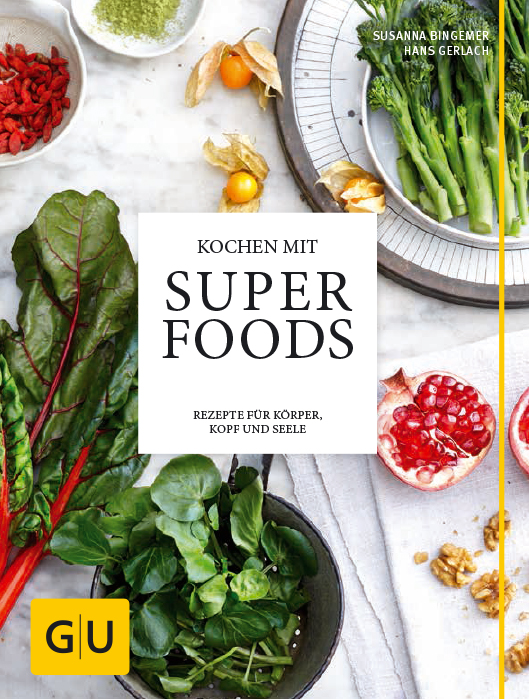